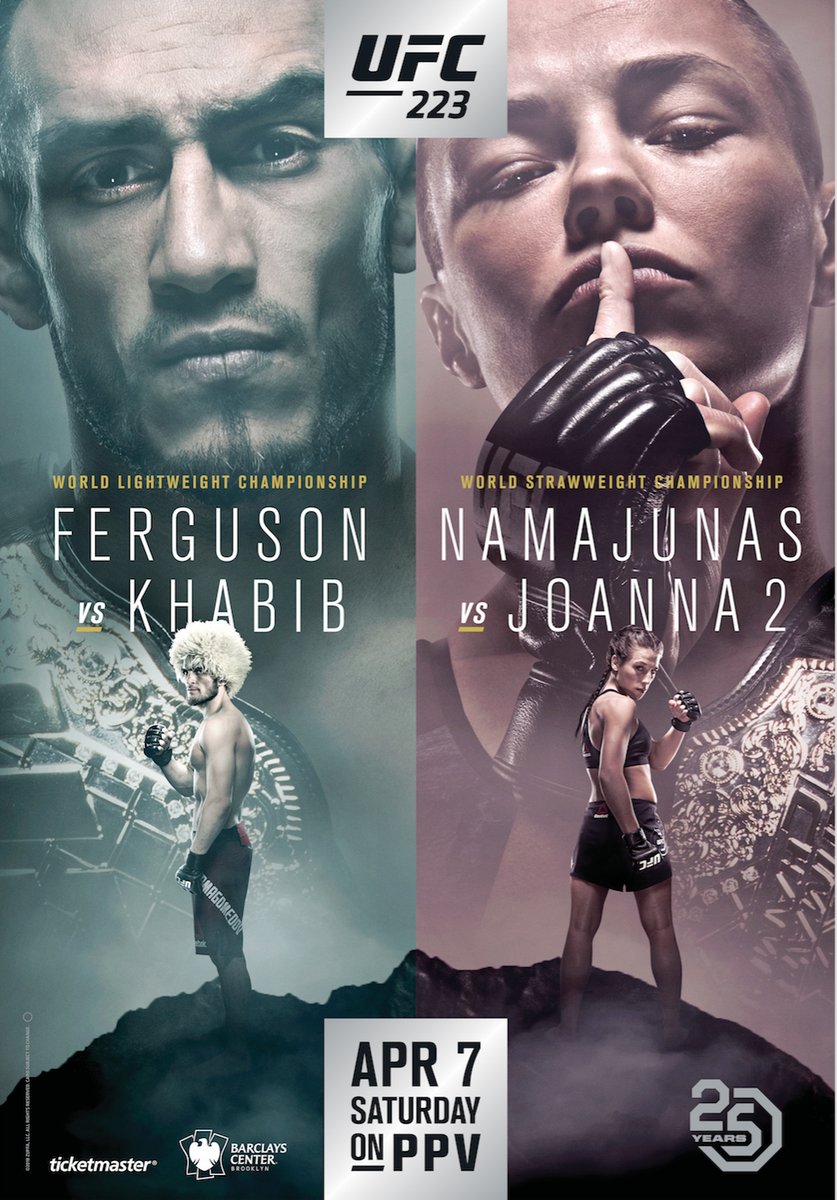 This is fire, with the absence of (former) featherweight king and current UFC undisputed lightweight champion Conor McGregor the Interim lightweight title and the opportunity to fight the Irish superstar is on the line April 4th with a big fight keeping the lightweight division as a marquee attraction at the UFC’s return to Brooklyn, Ney York, where the previous main event featuring Holly Holmes and Germeine De-Rendamine was underwhelming the NY crowed in for a treat with the dynamic Ferguson locks horns with the mighty undefeated Dagestani bear  Nurmagomedov who steamrolled passed Edson Barbosa in a truly frightening show of dominance. Ferguson who submitted Keven Lee with a slick triangle choke to claim the Interim title is brimming with confidence will be the one to stop the surging Khabib Nurmagomedov’s undefeated streak, even finishing the fight within the distance, bettling lines are yet to be published, come back for updates and detailed analysis.

But that’s not all, the co-main event is a ladies dance, New minted UFC Strawweight champion “Thug” Rose is out to prove her destruction of Johanna champion is no fluke, she will face the fire of a dominant champion out for redemption, can Rose keep her focus and confidence in the face of Jedrzejczyk’s mind games? is there any truth to the former champion claims that a failed weight cut is the reason behind her surprisingly timid performance is the first fight? if Rose is to defeat Jedrzejczyk for the second time, especially finishing the Polish striking dynamo will send shockwaves in the woman divisions and puts Namajunas in the discussion for the best female fighter of our time.

UFC 223 will go down April 7th at the Barclays Center in Brooklyn, N.Y, Live on PPV, Will the champions retain their titles or knocked off the ladder? can the underdogs overcome big challenges? place your bets now for the best odds.